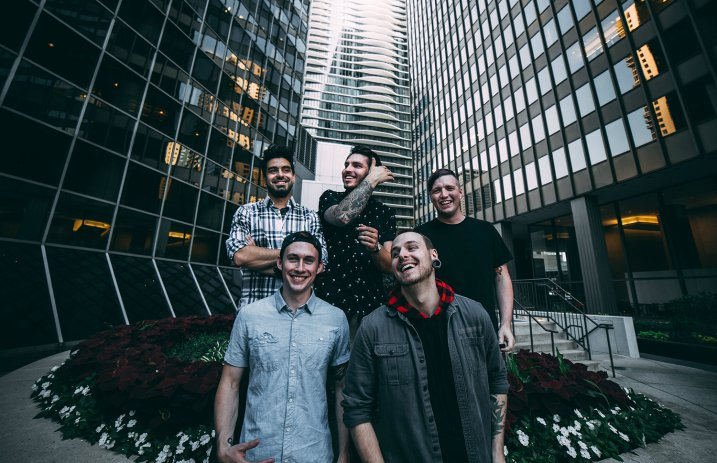 From Chicago, Illinois, pop-punk band Sleep On It are taking over the alternative rock scene and since the release of their newest single “Window”, the outfit show passion and drive in what they do. Though the band are still in their early stages, they’ve managed to sign to Equal Vision Records and release their third EP Lost Along The Way in just under a year.

In anticipation of their new record, Overexposed (releases November 3), the vision Sleep On It have closely match to those that treasure meaningful songs with an important story. “Window” is fitting for those holding onto memories of loved ones that have passed on, longing for that feeling to go back in time and just spend one more waking minute with them. The song swings across the genres of alternative rock to pop-punk; it’s intimate and showcases the vulnerable parts of Sleep On It’s lyrics and instrumentation.

The song’s inspiration, according to guitarist/vocalist TJ Horansky is about his good friend who experienced the passing of his mother.

“When his mom got sick, it happened very quickly,” Horansky said. “Watching him lose his mom like that put a lot of my problems in perspective. In a sense, the song is told from different points of view. The first verse is an inward look at how I tend to selfishly preoccupy myself with my own problems. The chorus is from the perspective of losing someone that was a foundation in your life, so much so that they changed the way you looked at the world. That thought is what sparked the analogy of a ‘window.’ ”