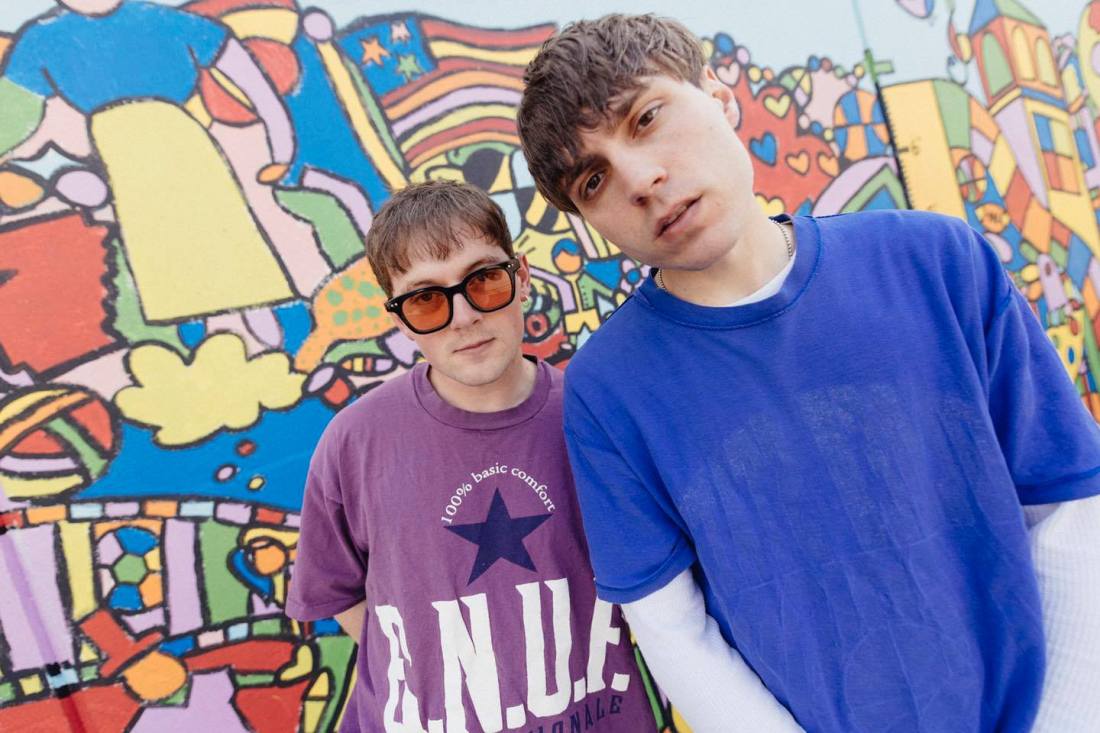 This week’s edition of Wholesome Mixtape brings you some incredible tracks in the world of pop music right now. From some indie underdogs to those with big names in the music industry, you’re going to want to listen to these jams sooner rather than later.

While quarantine has us bouncing off the walls in our studio apartments (like I am) or being stuck in a household of crazy roommates or family members, let the music guide you in having a bit of fun when you find a moment to breathe.

To put it frankly, joan should be your go-to musical duo if you’re hungry for new music that takes synth-pop to the next level. This charming outfit has recently graced us with a new bopping number titled, “love me better”. If there’s any song that can be used to imply to your crush/partner that you’re in need of their love and affection, this song is it.

joan delight us with fantastic bursts of pop music and “love me better” is the type of tune that will have your heart singing with glee, despite the message of frustration it delivers. The lyric, “I love you, but right now, you suck” had us cackling because it’s relatable on so many levels since nobody wants to settle for a love that makes us feel like trash.

American band Bad Suns dropped their new track, “I’m Not Having Any Fun” and boy, do we feel this on so many levels right now. Being stuck in quarantine has us missing the things we took for granted like heading over to your favourite restaurant with a couple of friends, seeing a great band live for the first time or simply receiving a warm hug from your mum. The instrumentals for this track feels similar to what The Killers have produced, yet it has catchy undertones that is punchy and filled with vibrant elements of pop and rock music combined.

Kelsea Ballerini – “the other girl (with Halsey)” [the other mix]

This song in particular touches on a serious theme about cheating partners and let’s just say Kelsea Ballerini and Halsey make a dynamic duo in this tune. “the other girl” is an emotive and raw track that documents the story of what goes through a girl’s mind when they suspect their partner is cheating on them, yet a twist unfolds throughout the song that lifts both women up in spite of a shitty situation (you can read more about the in-depth meaning of the song here). Kelsea and Halsey’s voices have great chemistry and you can appreciate the slow rhythm this song has with country pop and contemporary elements wound together.

If you’re after a solid pop punk tune, then your best bet is Knuckle Puck’s new track titled, “RSVP”. The single is taken off the band’s upcoming album 20/20, which is anticipated to be released this year through Rise Records. Let’s just say that this one is punchy and cathartic – a tune an angsty teenager would blast in their bedroom because they’re in that “me against the world” phase (ah, the nostalgia).

Okay, let’s be real for just a second: Alina Baraz and Khalid are the dynamic duo when it comes to collab tracks and we don’t understand why there hasn’t been an album created just for them.

Rnb/Pop sensation Alina Baraz released her new record It Was Divine last Friday and “Off the Grid” is a track that needs to be highlighted. It’s sensual and appeasing and the voices between Alina and Khalid feel like smooth caramel. They’re just a match made in heaven when it comes to the Pop/Rnb genre and for them to hit the nail on the head on this tune has you coming back for more.