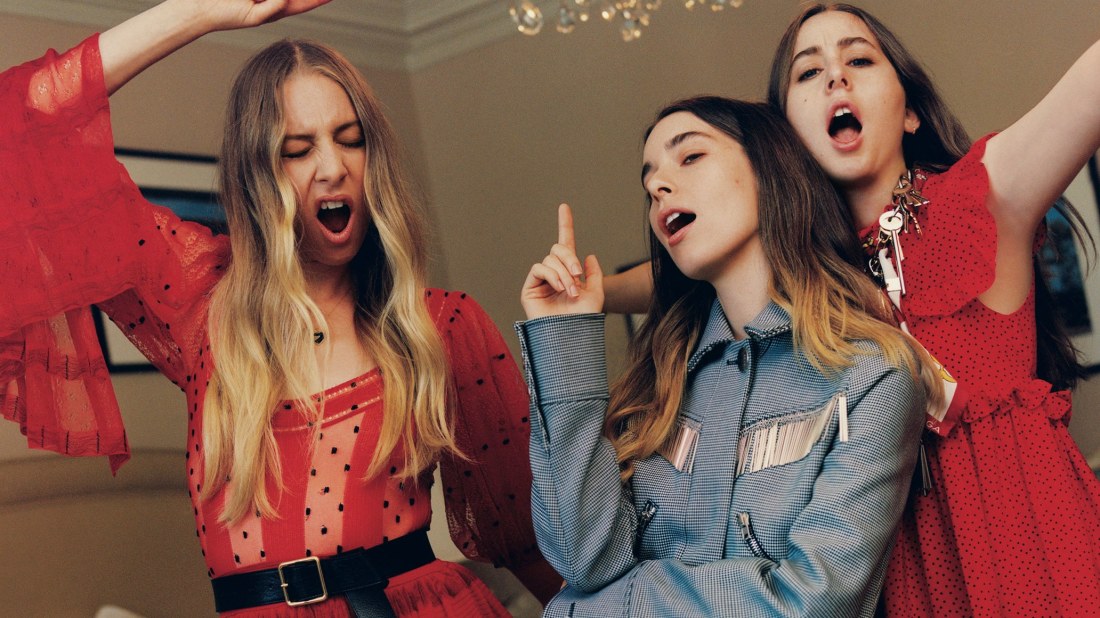 To all my fellow gal pals, Happy International Women’s Day! It’s an amazing time to be a woman because so much has changed in the last few decades. We see how much women rule the world, fighting for our rights, seeking justice where it’s needed and being constantly driven to inspire others. Gone are the days where women stick to traditional jobs and being the typical housewife. We can do what we want and it’s absolutely empowering. We must face the fact that women still encounter day-to-day struggles and issues around the world but knowing how much spirit and determination we all have makes me feel thankful and well-looked after.

Wholesome Tapes today is all about #girlpower so we created a playlist filled with artists/bands that are totally killing it in the music scene. It’s wonderful to see so many women create music with such a positive impact and we hope this playlist inspires you (and your gal pals!) to enjoy today and feel beautiful!

Singer-songwriter Natalie Prass from Richmond, Virginia has been making waves as an artist, already having a debut album (and another record on the way!) and some EPs under her belt. With her elegant approach to blending Pop and RnB in her music, her funky number “Short Court Style” is sure to turn people’s heads. If you’re looking for a song to make things interesting while grinding away at the office, this one’s a sure pick when it comes to appreciating Prass’ amazing vocals and rhythmic beats.

Scottish synth-pop band CHVRCHES have come a long way since their debut album The Bones of What You Believe. While we’ve had the privilege of seeing them grow since dropping their magnificent single “The Mother We Share”, we have consistently seen the three-piece nurture their electronic presence while also experimenting wherever they can. Lead vocalist Lauren Mayberry has also been a healthy role model, calling out on inappropriate men at concerts and writing a vulnerable and heartbreaking essay to her abusive ex and sharing it on the Internet. “Get Out” is another charming single that we’ll gladly accept: the chorus itself is quite stellar.

Last month, English indie-pop band Pale Waves released their first EP All The Things I Never Said and damn, does it have so many bops! “The Tide” is one of our favourite songs, only because it has the perfect balance of indie and pop elements and it just gives off a stunning cinematic feel to it. We totally admire the 80’s pop era and we definitely feel it in their music.

We love artists that put their own style when it comes to cover songs and Swedish singer Tove Styrke definitely puts her own spin on Lorde’s “Liability”. The boss lady also dropped a cool number last month titled “Changed My Mind”. You really can’t escape her music because frankly, it’s catchy as hell!

Appearing on YouTube music curated channels like Chill Nation and Unique Vibes, rising teen artist Carlie Hanson can be compared to the likes of JoJo and Sasha Sloan. Dropping her newest single “Us” on Valentines Day last month, this track just flourishes with dope beats and an effortless rhythm in the music. For someone already averaging around 200K views on each music video, it’s clear that Carlie is stealing people’s hearts already with her fabulous tunes!

On the rise in the alternative pop scene, Fletcher is a unique artist you don’t want to miss out on. Media outlets have always found her an interesting person due to her valued perspectives on social media, double standards in music and sexuality. “Wasted Youth” is a song with a triumphant chorus and meaningful lyrics. In the music video, it’s portrayed that Fletcher is in a homosexual relationship and together they are just having fun. It’s true how fleeting our childhood and youth seems and this song just sums it up quite perfectly.

After what seems like forever, we’re pleased to know that American indie outfit Now, Now are off their little hiatus and releasing new music. “SGL” aka Shotgun Lover is a humble single, blending acoustic elements with melancholic lyrics that explain an unrequited love. The song is relatable on all levels when it comes to desiring another human being and the pain of wanting someone that doesn’t want you. However, you take up any chance you have with that person and hope for the best, despite it killing you.

Wafia has been on our radar for a while and we just can’t get enough of her, seriously. Since releasing her EP VIII, we have fallen in love with her perfect fusion of electronic and RnB elements in her music. We know that “Bodies” has received some triple j love but we’re constantly inspired by her way of words and her magnificent talent of storytelling in her lyrics.

Soccer Mommy aka Sophie Allison is no pushover and you can hear it in the first line of “Your Dog”. Her fierce approach to this song cannot be overlooked and she describes herself on her Bandcamp bio as ‘chill but kinda sad’. We love the fact that her music is empowering and so honest and her approach to alternative/indie music is absolutely flawless.

HAIM – “That Don’t Impress Me Much (Shania Twain Cover)”

Saved the best for last but how good is this cover of Shania Twain’s “That Don’t Impress Me Much” by HAIM?! The chemistry can be felt within the sibling trio and they add so much life to the cover. The bass lines are smooth, the contemporary elements are lovely and their added sense of humour just lifts the spirits of viewers watching this video. HAIM are ladies already inspiring millions with their heartfelt music and doing a Shania Twain cover is what this world needs more of.